ARN members are passionate about their profession and we love to celebrate all the hard work each member puts into their patient care. This month, we are recognizing Ramesh (Ram) Upadhyaya, MBA MSN RN CRRN and his recent induction into the prestigious Society of Luther Christman Fellows of the American Association for Men in Nursing.

Ram has been a member of ARN since 2007 and has over 30 years of experience in healthcare. His induction into the Society of Luther Christman Fellows of the American Association for Men in Nursing comes as no surprise to his coworkers at North Carolina Department of Public Safety, who congratulated him on their social media page.

Ram started his career as a combat medic in the U.S. Army and served in support of operation desert storm and operation desert shield. Recently, he founded the American Correctional Nurses Association and serves as their historian/archivist. Ram is the nurse resource liaison for the Department of Public Safety, State of North Carolina, a role which requires significant communication with schools, facility staff, and NCDPS leadership on a routine basis.

He holds a BSN and MSN degree in nursing from The University of North Carolina at Greensboro (UNCG), an MBA from the Bryan School of Business and Economics at UNCG, and a post-Master's certificate in distance education from Thomas Edison State College in New Jersey. He has studied nursing systems at the University of North Carolina at Chapel Hill. As a nurse, Ram has experience in emergency nursing, critical care nursing, rehabilitation nursing, and nursing administration.

Congratulations to you, Ram, for a great achievement.

Do you or a colleague have something to celebrate? Share it with ARN by nominating them for a Member Spotlight! 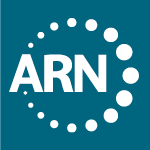