ARN Events
Read a statement from the ARN Board of Directors and DEI Task Force​.

It is with great pleasure ARN and the DEI Task Force announce this week marked a monumental event when the U.S. Senate unanimously approved the bill to recognize June 19th as Juneteenth, a new federal holiday. The bill was signed into law by President Biden on June 17, 2021.

Juneteenth is a long-celebrated holiday in American history. This day commemorates the day in 1865 when the last enslaved people learned of the signing of the Emancipation Proclamation by President Abraham Lincoln.

The day began in Galveston, TX, as the African American Emancipation Day. The celebrations have become known for amazing festivities, community gatherings, parades, and innumerable prolific guest speakers reflecting on this commemorative day and also, most importantly, rejoicing over African American freedom. The celebrations come at a time when the United States has been struggling to overcome historical racial disparities.

While there have been great accomplishments in the acknowledgment of these injustices, we as a people must continue to move the needle in making sustained advancements for all.

As we continue to heal and thrive as a nation moving forward together, ARN and the DEI Task Force would like to wish you all a safe and joyous Juneteenth!

Last summer ARN Immediate Past President Dr. Barb Lutz and Executive Director Gayle Irvin issues a statement on behalf of ARN saying, "Racism is a threat to the public health of our nation. Nursing is the country's most trusted profession. As representatives of the profession, we are committed to social justice and the health and well-being of our population." Read the full statement >

ARN has taken steps to cement these words into action with the formation of its Diversity, Equity, and Inclusion Task Force, co-chaired by Dr. Toni Melvin and Stephen Powell. This task force was integral to the publication of ARN's DEI Statement issued in December 2020. Additional information about activities and discussions led by task force members will be shared in the coming weeks and months.

Topics:
DEI Board of Directors statement 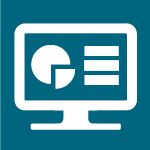 The ARN Foundations curriculum is for nurses at every career stage looking for rehab-centered education to improve their practice.