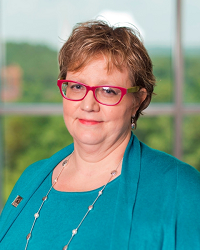 Encompass Health recently announced a new membership with the Association of Rehabilitation Nurses (ARN), and I couldn't be more excited about the opportunities this will bring to our nurses. Not only does it allow us to provide ARN membership to individual nurses at each of our hospitals across the country, as well as attendance to the 2020 REACH conference, the alliance of our organizations shows commitment to enhancing the expertise of rehabilitation nursing.

CHICAGO (November 6, 2019): The Association of Rehabilitation Nurses (ARN) just released the 8th edition of The Specialty Practice of Rehabilitation Nursing: A Core Curriculum. The latest edition of the Core has 25 chapters of content from across the breadth of the specialty compiled and reviewed by 66 experts. There is no more comprehensive reference on the specialty of rehab nursing.

Alcohol and Drug Addiction as a Co-morbidity in Rehabilitation

Alcohol and substance use disorder has been around for centuries, but is a growing concern in the United States today with significant effects on economic, social, and healthcare systems. The estimated cost of addiction to illicit drugs alone in the U.S. is over $600 billion per year (Herman & Roberto, 2015). Short term use can cause changes to blood pressure, heart rate, and mental status, while cardiac arrest or stroke has been known to occur even after just one use (NIDA, 2017). Not everyone who partakes in alcohol or drug use will become addicted, but when addiction does occur, it is due to changes in normal brain activity which ultimately leads to long-lasting drug-induced neuroplastic changes.

Recently, my 11-year-old son and I visited an Urgent Care about what I suspected was a urinary tract infection. The doctor asked my son basic questions related to his symptoms, including something about pain in his testicles. My son looked at me quizzically and I explained to the doctor that my son doesn't have testicles. He's transgender, born with female anatomy. To my great relief, the doctor nodded his acknowledgment and continued the conversation. My son, too, breathed a sigh of relief. We'd gotten through the tricky part.

Use of Apps in the Cognitive Rehabilitation Process

Tune into ARN's next live webinar, Essential Steps in Using & Training Apps, on June 13. Michelle R. Wild, MA, will show you how apps can be used as a cognitive resource in rehabilitation, as well as how to use apps to conduct systematic instruction training.

In recognition of Stroke Awareness Month, ARN wants you to know about President-Elect Barbara Lutz, PhD RN CRRN PHNA-BC FAHA FNAP FAAN, for the Stroke Article of the Year Award she received at the American Heart Association International Stroke Conference, in Hawaii, in February earlier this year!